How Phthalates Destroy Your Testicles!

We talk about testicles quite often on this website, but not the leydig cells that reside inside your testes.

Remember, 95 percent of the Testosterone in your body is produced by those testes of yours, and it's the leydig cells that do all the work. 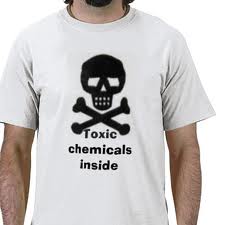 These cells manufacture most of your circulating DHEA and androstenedione as well.

In essence, they create the steroid hormones in your body that give you your masculine traits.

Your deep voice, beard, muscles, motivation, and drive to pursue, and have sex with women.

Scientists are beginning to discover where this assault is coming from, and one of the main culprits are the phthalates swimming around in your environment.

That toxic chemical agent used to manufacture plastics and other items...that binds to hormone receptor sites, blunts leydig cell function, and shuts down steroid synthesis, causing numerous reproductive problems in men, such as...

The first clue that something was amiss occurred when scientists discovered male fish with immature eggs growing inside their testicles.

Next came the stunted genitals in male alligators in Florida, and the deformed frogs showing up all across the continent. 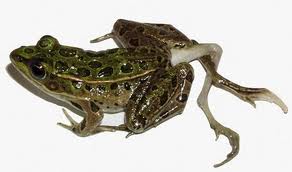 Pretty soon, scientists began connecting the dots, and figured out that this chemical was also responsible for the increase in genital deformities in newborn HUMAN males.

Reduced sperm production, and declining fertility in the adult population was soon added to the list, followed by a whole host of other reproductive problems.

Men appear to be hit by this chemical much harder than women do, as it's the masculine hormones that are affected most.

This explains in part why many a 55 year old man will have higher estrogen levels than his wife.

When you sit back and take in all these facts, it's no big surprise that so many men are dealing with hormonal and reproductive issues...low sex drive, shrinking testicles, erection problems, declining muscle, low motivation, fat gain, and more.

In essence, we're being chemically castrated...transformed, just like those fish, into something that falls somewhere between male and female.

For example, a very high percentage of middle aged men have developed feminine breast tissue...and the corresponding shrunken testicles that go along with them, to confirm that this transformation is taking place. 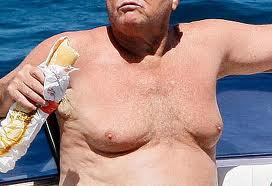 As a matter of fact, man boobs in the 50 + crowd are so common today, we hardly even notice them anymore.

But it's not just the boobs you need to be worried about.

""Phthalate esters exerted a DIRECT EFFECT on Leydig cell structure and function as determined by testosterone output." (emphasis mine)

According to another study out of Rockefeller University...

"Leydig cells have been classified as one of the main targets for phthalate ester toxicity, as both insulin-like growth factor and testosterone are suppressed after phthalate exposure".

Yup, you read that right...this stuff goes DIRECTLY after the leydig cells in your testicles!

Scientist have even given a name to males exposed to excessive phthalates early in life. 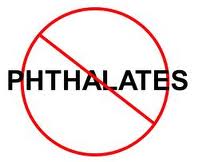 ADG stands for anogenital distance, which is a measurement of the distance from the anus to the genitals.

Men typically measure about twice the distance women do, making ADG a good measurement of masculinity.

In other words, a large ADG reading denotes a masculine profile, while a shorter reading equates to a more feminine profile.

Shanna Swan, a scientist out of Mount Sinai Medical Center, took this information and started testing.

What she found was, that pregnant women with high levels of phthalates in their urine gave birth to boys with abnormally short AGDs and ALTERED GENITAL DEVELOPMENT!

What else do you need know?

So all this begs the question...how can you avoid this emasculating chemical?

What steps should you take to limit this unnecessary destruction of your reproductive system?

Here's are some suggestions... 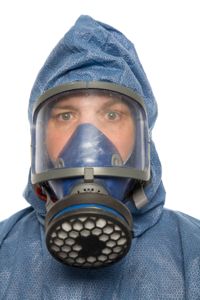 Avoid plastic containers whenever possible, and use glass, wood, and metal instead.

If you must use plastic, select containers with the recycling codes 1, 2 or 5.

Avoid plastics with the recycling codes 3 or 7, as they are likely to contain phthalates.

Use natural, "Phthalate Free" cleaning products in your home as well.

There's a whole cottage industry built around manufacturing phthalate free cosmetics and cleaning supplies, so these items are easy to find.

When you purchase a product containing ANY chemicals, look at the ingredient list and watch out for the following...

This deritive can be found in nail polish, antiperspirant, perfume and cologne, lotion, shampoos, and conditioner, and other personal care items.

This can found in most insect repellents and several different types of plastic.

Most often used in the manufacture of PVC plastics.

Look for phthalates in the following items as well...

If a plastic is manufactured outside of the U.S, especially in a 3rd world country, ASSUME it's loaded with phthalates. 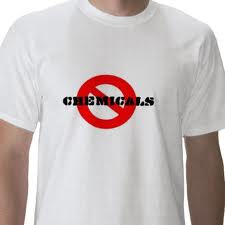 I've just scratched the surface here, as there are literally thousands of other chemicals that can wreak havoc on your hormonal system...

From Bisphenol A, to the herbicides and pesticides sprayed onto your fruits and vegetables.

I'll be digging much deeper into this subject in the future, but for now...remember this!

From here on out, be very mindful of the chemicals you come into contact with on a daily basis.

Switch to organic produce, use chemical free personal care products, avoid excessive exposure to diesel fumes, fragrance, or anything else that emits a strong chemical odor.

You'll never avoid all chemicals entirely, but you can dramatically reduce your exposure, if you start paying attention.

Start today, and your testicles will reward you with enhanced leydig cell function, increased sperm output, and elevated testosterone production.

1. The influence of phthalate esters on Leydig cell structure and function in vitro and in vivo: http://www.ncbi.nlm.nih.gov/pubmed/8519345