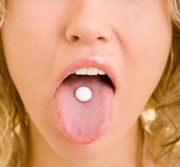 Fail to consume adequate levels of all the fat soluble vitamins, and your body will starve for the minerals your body needs to manufacture testosterone.

And this will occur no matter how much you supplement, as none of these minerals can be properly utilized if adequate fat solubles aren't in the picture.

If you consume nuts, especially almonds on a regular basis, chances are good you're getting all the vitamin E you need.

Dietary studies done in the 1930's on primitive, wild living people found that their vitamin A, D, and K2 intake was more than 10 times higher compared to us modern, couch loving humans.

Things have changed in the meat department as well!

Historically, humans have always consumed the entire carcass of an animal, not just the muscle meats. 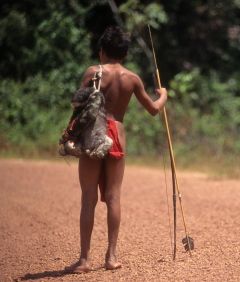 In many societies, the hunter that made the kill was awarded the ultimate prize...the liver, quite often consumed warm and raw immediately after a successful hunt.

And remember..liver is the most concentrated source of vitamin A in all of nature.

It's also loaded with minerals like phosphorus, iron, copper, magnesium and iodine, as well as the other 3 fat solubles, D, E and K2.

The concentrated nutrients found in organ meats explains why the Inuit, living deep in the Arctic circle, maintained supreme health, despite consuming virtually no vegetables.

At least until Aunt Jemima, Hostess, and Pepsi Cola entered the picture, that is.

I'm going to get into how you can maximize your fat soluble vitamin intake, without eating pounds of raw liver in just a moment, but before we do, let's discuss why these vitamins are so critically important.

Up First, Vitamin A:

A while back a study was completed, where 102 boys, suffering from delayed puberty and slow physical development, were placed into 4 groups.

There was no change at all in the control group, but the treatment groups all experienced rapid growth rates and puberty development. 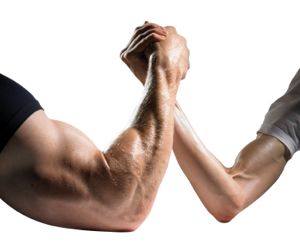 But here's the kicker…

Growth, and development of puberty in both the testosterone treated group and the vitamin A treated groups were almost identical.

In other words, vitamin A supplementation was just about as effective as outright testosterone administration was in this study.

And just as important…

Vitamin A: The Forgotten Body Building Nutrient, made this important point…

It's high time for athletes to forget the modern mantras and remember the dietary wisdom of the past, achieving a lean, muscular physique through traditional foods such as liver, egg yolks, full-fat milk, butter from grass-fed cows and cod liver oil.

Chis provides some strong clues as to how you can increase your vitamin A intake.

If liver isn't your cup of tea, there is an excellent alternative...

High Vitamin Butter Oil is made from dairy extracted without heat from cows fed on real, green grass.

The fermented cod liver oil is extracted from wild living fish caught in the pure waters of the Arctic ocean.

This highly potent oil blend is loaded with fat soluble vitamins including A, D, and factor X, otherwise know as vitamin K.

If you've been chronically deficient in the fat soluble vitamins, you'll experience several immediate and profound benefits as soon as you begin supplementing with this oil.

All signs of improved health and vitality.

We'll talk more about high vitamin butter oil at the end of this article, but first, let's move onto to the next fat soluble...Vitamin D 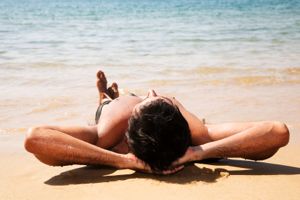 A hormone, made by your very own body in response to exposure from the life giving sun.

I became interested in vitamin D about 6 years ago when I came across a study done back in 1995.

In this trial, scientists took male Wistar rats, and manipulated their vitamin D levels using injections along with a vitamin D deficient diet.

While going through this study, a couple of key points reached out and slapped me right across the face.

Body weight and testicular function decreased significantly on the 120th and 150th day in the vitamin D-deficient rats as compared to the rats with normal blood levels of D.

According to the authors…

The result suggests that retardation of spermatogenesis due to disturbances in Leydig cell function in vitamin D deficiency is reversible and can be corrected by supplementing with an optimal dose of vitamin D.

This was an extremely important point!

Retardation of spermatogenesis, otherwise know as...Decreased Sperm Production…can be entirely reversed by supplementing with an optimal dose of vitamin D.

In other words, optimal levels of vitamin D in your body tissues, encourage the leydig cells in your testicles to rev up production of sperm in your body.

Let's pack our bags and head to the beach boys!!!!

Anytime I hear the words leydig cells, I pay very close attention, because these are the exact same cells that signal your testicles to produce more testosterone.

So I asked myself...is it possible that vitamin D can actually increase testosterone production in the body?

After some searching around, I discovered a group of 5 Austrian scientists who had already answered this question in beautiful fashion.

Their paper, published in Clinical Endocrinology, was titled...

Here's what these scientists discovered after testing the vitamin D status of 2299 men....

Those with sufficient levels of vitamin D in the blood, had SIGNIFICANTLY higher levels of testosterone.

They also had lower levels of sex hormone-binding globulin (SHBG), the agent that binds up your testosterone, making it unavailable for use by your body.

But they also discovered something else…

Only 11 percent of these men had sufficient vitamin D in their blood at the beginning of the trial.

In other words, almost 90 percent of the men tested had suboptimal levels of vitamin D.

And this isn't just a problem in Austria...because according to the Vitamin D Council...

Could it be that the lowered fertility, decreased sperm volume, and decreases in testicular size and function, occurring worldwide, could partially be due to the high prevalence of vitamin D deficiency in men across the globe?

There are definitely other things involved, but I'm confident it's a huge contributing factor.

Historically, humans spent much of their lives outdoors, living and working in the sun.

Modern man has gotten away from this, to his own peril.

And it's not just the sex hormones, and testicular function you need to worry about.

Geographical studies have found reduced risk in mortality for 20 different types of cancer in areas of high UV exposure.

Other studies have found that the risk of rectal, breast, colon, and prostate cancers plummet as vitamin D blood levels rise to over 40 nanograms per milliliter.

Patients with higher vitamin D blood levels at time of cancer diagnosis have almost twice the survival rate of those with the lowest levels.

Re-read the sentence above, and think about it for just a moment.

D reduces cancer even more than quitting smoking does???

What else do you need to know?

Next up Vitamin K2:

I can almost guarantee you that you're not getting enough vitamin K2 in your diet.

And when you have suboptimal levels of K in your system, bad things begin to happen.

For one, your body loses it's ability to move calcium from your blood stream into your bones, where it belongs.

Instead, this calcium remains circulating in your blood stream, where it eventually attaches itself to the soft tissues all through your body.

Soft tissues such as your blood vessels, arteries and heart valves.

This calcification of the arteries and valves leading to the heart, is the leading cause of death in male humans worldwide.

But it's not just your clicker that you need to worry about, as the veins that lead to your Penis can easily become calcified as well.

And once they become stiff and calcified, those erections of yours are going to slowly fade into oblivion

This is why many doctors now look at erectile dysfunction as an early warning sign for heart disease.

Vitamin K is absolutely essential for regulating calcium balance in the body.

A deficiency of vitamin K status causes brittle bones and a vascular system that calcifies and hardens, leading to erectile dysfunction and increased risk of premature death.

But there is more to this vitamin K story...

Vitamin K and Your Sex hormones!

You could call vitamin K the Rodney Dangerfield of the fat solubles, as historically it's gotten very little respect.

Fortunately, that's beginning to change as the scientific community begins to understand how important this vitamin really is.

Only a few studies have looked at the relationship between K status and testosterone, and here's one of the best.

In this study, researchers from Shizuoka, Japan, investigated the effects of dietary vitamin K on testosterone production in male rats.

The aim of this study was to better understand the function Vitamin K in the gonadal tissues of these mammals.

The boys from japan nailed this fact down with absolute certainty.

In this study, rats were fed either a vitamin K-free diet or a control diet which contained normal levels of vitamin K, for a total of 35 days.

The results showed that testosterone levels were significantly reduced in the vitamin K-free diet group compared with the control diet.

After reading the full study, it's clear to me that suboptimal blood levels of vitamin K leads to decreased testicular testosterone levels.

Combine that with the vascular disease, and erectile dysfunction problems that can occur when K status drops too low, and it becomes crystal clear why you want to keep you levels maximized at all times.

Let's talk about how you can increase your blood levels now...

Some claim that vitamin K1 from vegetarian sources is converted by the body into the usable K2 form, but I'm not buying it.

In animal studies, K1 supplementation has NOT been shown to provide any protection against arterial calcification.

Only bioavailable K2 has...the form man has been consuming for millennia in those organ meats we discussed earlier.

You can consume those cuts of meat, or find a clean source of raw grass fed dairy, and you'll easily meet your K2 requirements with food alone.

If not, one or two caps of high vitamin butter oil will help you hit that mark with ease.

You can solve all your fat soluble issues by consuming full fat dairy products daily (grassfed), along with liver or other organ meats twice a week.

The meat should come from organic, grassfed sources as well.

If these foods are not readably available to you, you can hit your requirements for vitamins A, D, and K easily by supplementing with 2 caps of High Vitamin Butter/Fermented Cod Liver Oil daily.

Combine the above with a high quality, whole foods diet, and regular full body sun exposure, and you'll keep your fat soluble vitamin levels dialed in at all times.

What Are Fat Soluble Vitamins to Testosterone Supplements


What Are Fat Soluble Vitamins to Low Testosterone Home


What Are Fat Soluble Vitamins