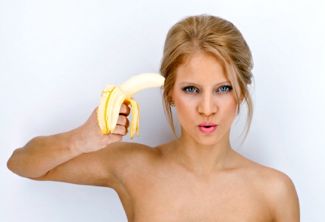 It's also a BIG self esteem killer!

But this doesn't mean you can never touch or play with your package.

It simply means you're going to replace your old destructive behavior, with a brand new Constructive Habit.

A habit that will build up hormones AND self confidence, all at the same time.

Follow this Simple Plan, and instead of feeling drained after a session, you'll feel highly invigorated.

Instead of small testicles with weak sperm output, you'll develop a huge set that produce semen in extremely high volume.

In other words, get rolling with this, and you'll still get to play…but you'll no longer have to pay, with your hormones, or with your self confidence.

This little shift in behavior has had a MAJOR impact on every single man I know who's tried it.

My suggestion to you is, dive in head first, and go after it for a full 30 days.

After this month has gone by, look back and evaluate your moods, energy levels, confidence, and sex drive over this 30 day period.

I guarantee you, you're going to be pleasantly surprised at what happens, to your mind and to your body.

Read around on the web and you'll hear a loud and unanimous NO, just about everywhere you go.

The consensus is, no drop in testosterone.

Here's an abstract from a German study that was done in 2001.

This current study examined the effect of a 3-week period of sexual abstinence on the neuroendocrine response to masturbation-induced orgasm. Hormonal and cardiovascular parameters were examined in ten healthy adult men during sexual arousal and masturbation-induced orgasm. Blood was drawn continuously and cardiovascular parameters were constantly monitored.

This procedure was conducted for each participant twice, both before and after a 3-week period of sexual abstinence.

These data demonstrate that acute abstinence does not change the response to orgasm but does produce elevated levels of testosterone in males. 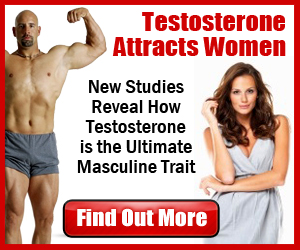 Let's assume this was a poor study. Too short, not well controlled, etc, etc...

I don't know about you, but I get tired, quiet, and less motivated.

I lose my edge, my hunger, and my drive. Sleep always sounds real good!

We know that after men ejaculate they release a cocktail of brain chemicals, including norepinephrine, serotonin, oxytocin, vasopressin, nitric oxide, and the hormone prolactin.

These chemicals, especially serotonin, cause a decrease in dopamine levels.

This fancy phrase simply means, leave big gaps between orgasms. Don't let it go every time you feel like it.

When driven by this desire, men develop keenness of imagination, courage, will-power, persistence, and creative ability unknown to them at other times.

So strong and impelling is the desire for sexual contact that men freely run the risk of life and reputation to indulge it.

When harnessed, and redirected along other lines, this motivating force maintains all of its attributes of keenness of imagination, courage, etc., which may be used as powerful creative forces in literature, art, or in any other profession or calling, including, of course, the accumulation of riches.

Let's look at it another way.

Example one: On this day you've already had a couple of orgasms. Several days before, you repeated a similar pattern.

Whenever you felt sexual tension, you released it.

Example Two: You haven't had an orgasm for several days. You have sexual tension.

You're juiced, driven and motivated.

Which day would you feel more confident going on a blind date?

How about a job interview?

I know what the answer is for me...

Give me day two anytime!

Because I know based on my experience that on that day I'll be more...

That built up tension juices you somehow.

Release it too often, and you lose your edge!

Thoreau attributed sex transmutation with the beginning of genius in a man.

All were highly creative, productive geniuses.

It's about waking up every morning feeling good! It's about confidence, drive and motivation!

Control your orgasms, and you'll have all that and more!