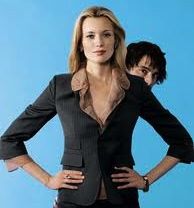 I met a man last Wednesday who had testosterone deficiency written all over him.

From his eye contact skills, to his posture, to his social cues, this guy was literally dripping in beta male essence.

Funny thing is, he was in pretty good shape...not too fat, not too skinny, so I knew this had to be a mental thing.

I was intrigued enough that I made it my goal to strike up a conversation with this hormone deficient man before the night ended.

I spotted him at a business function my wife asks me to attend every year that's situated in a large banquet hall at a local hotel.

There's always food and alcohol in the room at these events and on this night the booze was flowing like a tsunami.

Our boy had jumped in head first so I knew the conversation I was looking for would happen...it was just a matter of time.

About an hour into the event the wife and I were conversing with a younger couple that were standing near our table.

The dude was in his late thirties, muscular and clearly an alpha.

His wife was 30ish, sweet and stunningly gorgeous.

I got to talking to the guy, who was there as a guest too, and it turns out he owns a successful software company with 65 employees.

This made him immediately interesting in my eyes, because it takes something special to build a business of that size.

Him and I discussed his company for a while, when finally my opportunity to talk to Mr. Deficiency arrived.

He had just walked up to our women and was being introduced to my wife when the software guy and I joined in on the conversation.

After some brief introductions, I quickly found the source of our mans beta male problem.

Within a minute or two the cute young wife looked over at our beta man and said..."he's my surrogate husband". 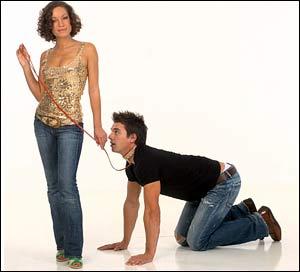 She went on to explain that her husband was out of town 10 - 15 days every month, and when he checked out Mr. Surrogate checked in to take over the duties.

In other words he stepped in and took her to the movies, made her dinner, took walks with her and the family dog, etc, etc...

All this without any jealousy whatsoever from the husband, which tells you quite a bit about our surrogates firmly entrenched beta status.

Now the problem with this arrangement is, our surrogate is performing all the husband type duties without gaining access to the true prize.

When the real husband gets back into town, he checks into the bedroom with his beautiful wife, while our beta male slinks back to an empty house all by himself.

Further digging on my part reveled that this beta man was 43 and had never been married (surprise surprise).

His advanced age brought his status down even lower in my eyes...

If you think about it, the husband is his junior, but he owns the company and the girl and this surrogate is nothing more than an unpaid domestic servant.

This was clearly demonstrated as our group conversation developed...

When the husband talked, the wife was all ears, nodding her head, giving validation and verbal support. She obviously respected this guy and it showed.

But not Mr. Surrogate...

When he spoke up, he was interrupted more often than not, was the butt of several jokes, and took a clear backseat to the real husband in the room.

Can you think of any better way to land yourself firmly into beta male status?

My question to them is, what kind of a man does your woman see when she looks your way?

Does she see a beta male...a testosterone deficient man who cannot provide her with what she needs as a woman?

Not sure? Then ask yourself this...

Are you a man of action? Do you have life interests, hobbies, passions. Do you stay busy, are you healthy and productive?

If you've got all this and you still can't workout the fine details with your women, there's only one person to blame...

Women are complicated, that's for sure, but they're also very predictable.

Give them exactly what they need, and they'll follow you to hell and back if that's what you want.

Problem is, many men were born without the innate ability to deal successfully with women.

They place them on a pedestal, revere them like the holy Madonna, and fail to understand what women truly want.

And what they want is someone with passion, a strong man who has a purpose in life that he pursues aggressively.

A man who won't always be around at her beckon call, because he has things to do, and he has to get them done.

But when he does walk through that door, he'll treat her like the most special woman in the entire world...and she'll love and respect him deeply because of it.

What she doesn't want is the nice guy...the harmless, non-threatening male available instantly any and every time she calls.

Sure, she'll spend time with this man, and may even him call him a friend... but she'll never call him a lover.

She reserves those special goods for her alpha...the man who gives her want she desires deep down inside...

All things our beta male could never provide.