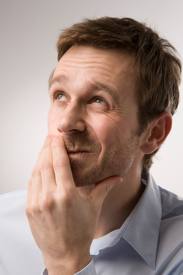 They use them to manufacture sperm. And synthesize testosterone.

And according to the men in the white lab coats these rodents all suffered "depression of gonadal development".

Not something you and I should be shooting for, that's for sure.

I spent almost an hour recently reading a cookbook written way back in 1914.

As I was going through this book, I noticed how many fat soluble's these old timers were eating.

There was vitamin rich butter in most recipes.  The vilified egg was used in just about everything.

Full fat milk was consumed breakfast, lunch and dinner. And liver seemed to show up on every other page.

But I didn't see a reference to a tofu burger.  Wheat grass juice.  Or soy milk.  Not even once.

As I was looking through these recipes, I thought to myself...

These people were downing more fat soluble's in a day than most moderns do in an entire month.

And not just vitamins, but cholesterol too…

And this is an important point because cholesterol is a precursor to ALL the steroid hormones.

And you ain't going to find a drop of it in any plant food. You'll only find it in animals, birds, bugs and grubs.

But plants aren't entirely useless. They're good for their phytonutrients. Soluble fiber, etc..

We're just not very good at extracting the hardcore nutrients out of them.

Cows have 4 stomachs.  We only have one.  And there's a reason for that.

Here's something else for you to ponder…

Several centuries ago a primitive tribe came down from the Wyoming mountains on foot.  And headed straight for the US Southern Plains.

The plains at that time were like the modern day stock market.

The commodity was buffalo.  And if you could stake a claim.  You were rich.

Once this tribe hit the plains they were eventually introduced to another important commodity. The horse.

And this lowly group of mountain people took to that horse like flies on you know what.

They hit those plains running. And waged one of the most successful. Bitterly fought land grabs in North American history.

By the time this battle was over, these masters of the pony, the Comanche Indians, ruled like lords over the entire Southern Plains…

While tribes like the Apaches were driven deep into the deserts of Arizona, New Mexico and Nevada.

If you think about it, it takes a hellava lot motivation to just pick up and leave your home like that.

To walk into a brand new territory. And wage war with other warlike people. For real estate you're not even familiar with.

But the Comanches took this risk...

They sacrificed their sons and fathers. And they did this for one reason. And one reason only…

And all the meat and fat soluble vitamins contained inside this nutrient rich beast.

Humans have consumed the flesh off mammals since the beginning of time.

It's our genetic heritage.

But we've taken a broad step away from this heritage.  And have subbed in Tofu. Cheez Whiz.  And fat free chips instead.

And all you need to do is look around you to see how well this experiment has worked out for the human race.

I started off this email with the words…Your testicles love fat soluble vitamins.

So here's my question to you today…

Are you getting enough?

Return to the Low Testosterone Homepage