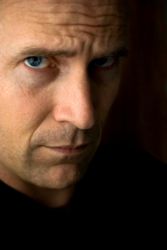 A recent study has found that a significant number of men suffering from Type 2 diabetes also have low testosterone levels.

The study, published in the April 2007 issue of the journal Diabetes Care, followed 355 men over the age of 30 with Type 2 diabetes. The researchers found that an unusually high number of these men had low testosterone.

Obesity, as measured by body-mass index and waist circumference, was also strongly associated with low testosterone levels in these men.

The men is this study with type 2 diabetes also suffered erectile dysfunction at a rate of 70%.

Several other studies have also shown a strong correlation between type 2 diabetes and erectile dysfunction.

ED in men with diabetes is caused by elevated blood sugar levels which damages the nerves and blood vessels leading to the testicles and penis.

Men with diabetes suffer disease at a much higher rate than men without diabetes.

According to the 2006 American Association of Clinical Endocrinologists report, almost 8% of men with diabetes experienced congestive heart failure compared to 1.4% of those with normal blood sugar.

As you can see, it's not just your sexual health you need to worry about, it's your life as well!

It's very important that you take steps to control blood sugar levels in order to minimize this damage.

You need to take action to increase your testosterone levels.

At a Toronto meeting of The Endocrine Society, researchers noted that men with lower testosterone levels were three times more likely to have a cluster of risk factors associated with cardiovascular disease and diabetes.

A study of 800 men over 50 found that those with lowest T levels had a 33% increased risk of death over an 18-year period compared to those with higher levels.

Follow the links below to learn how to boost your testosterone levels naturally!


Testosterone and Diabetes to BLAKOE RING

Jump to the BOOST YOUR LOW TESTOSTERONE HOMEPAGE