The Danger of Statin Treatment! 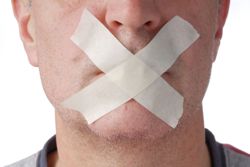 Statins Side Effects!
The Danger of Statin Treatment!

Men who take statins have lower blood levels of Testosterone compared to men not using the drug.

Since cholesterol is used by the body to make the sex steroids, this is no big surprise.

I'd have to say, I probably despise this drug more than any other out there.

For one, they're massively overprescribed

They also come with major side effects, and even more important, they will not reduce your chances of death from all causes!

Yet still, drug pushing doctors are prescribing these medications like nothing we've ever seen before.

One doctor in the UK wants to put statins in drinking water.

Another recommended that we start giving them to our children with their daily vitamins.

Hard to believe, but true!

I'm going to talk about the negative side effects of this drug right now.

Then, at the bottom of this page I'm going to explain why taking them is a complete waste of time and money, as they will not extend your life, or reduce your chances of dying.

Get ready folks, because this isn't going to be pretty...

Study after study has confirmed that low Cholesterol is significantly associated with increased risk of death from all causes. Low cholesterol shows strong associations with death from cancer, liver diseases, and mental diseases.

In two studies, EXCEL, and FACAPT, more deaths occurred in the treatment group compared to controls.

An analysis of all the big controlled trials reported before 2000 found that long-term use of statins for prevention of heart disease produced a 1 percent greater risk of death over 10 years compared to a placebo.

There are few studies that have collected cholesterol concentrations from the same patients at both middle age and old age.

According to a researcher from one of these studies....

ALLHAT, the largest North American cholesterol-lowering trial ever and the largest trial in the world using Lipitor, showed mortality of the treatment group and controls after 3 or 6 years was almost identical.

Statins will not decrease your chances of dying from all causes, so there is no reason to take them.

Why would you spend the $$$ to take a drug for the rest of your natural life the makes you feel horrible, and provides no benefit?

It does not make any sense!

Do yourself a favor and begin working with your doctor to get off this drug as soon as possible!


Jump to The Great Cholesterol Lie

Statins side effects to
BOOST YOUR LOW TESTOSTERONE

Statins side effects to STATIN EFFECTS