The Side Effects of Smoking Marijuana! 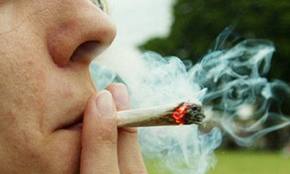 Acetylcholine is a neurotransmitter that is needed for you to achieve a powerful, rock hard erection.

Rats given 5 mg of THC (the active chemical in marijuana) for 7 days saw their Acetylcholine levels drop by 45%.

The physical effects of marijuana and fertility!

MJ does funny things to the sperm. Pot smokers sperm come out of the gate flying at top speed. But, they burn out quickly, sometimes before they have a chance to make it to the egg for fertilization.

Regular sperm starts off at a moderate pace. When it gets close to the egg, then it picks up speed.

Dr. Lani Burkman from State University of New York-Buffalo had this to say about chronic pot smokers..

Men who smoke marijuana are capable of having biological children, but she added that marijuana addiction may cause men with "borderline" infertility to be pushed over the edge into infertility.

A report out of Canada claims marijuana smoke contains more toxic compounds, including ammonia and hydrogen cyanide, than tobacco smoke.

The study was published in the Dec. 17 issue of American Chemical Society's journal Chemical Research in Toxicology.

The studies on pot and testosterone don't help us much. Some claim MJ reduces male hormones, while other show no negative effects of marijuana on hormone levels.

There is some evidence that cannabis increases peripheral conversion of testosterone to estrogens, but once again, the studies are not conclusive.

The most obvious link between marijuana and erectile dysfunction is the reduction in Acetylcholine levels.

While there are some positive effects of marijuana (reduces pressure in the eye of glaucoma patients), it appears that chronic use of marijuana will have a negative impact on your ability to acheive an erection.

Side effects of smoking marijuana to PENIS DYSFUNCTION