The Dangers of Prescribed Medications 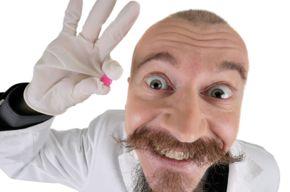 We're in a fight for our very lives men!

And this battle is taking place, because we're under direct attack from the medical establishment.

And the biggest enemy of them all is your very own doctor!

From statin medications being pushed on us like crack cocaine, to testosterone replacement therapy that will SUCK the life right out of you.

Doctors are now pushing drugs on us at unprecedented levels, for everything from stress, to light sensitivity to loose bowel movements.

If you can name it, I guarantee you, medical man has a drug for it.

To demonstrate this fact, let me show you an example of a conversation I have AT LEAST 20 times a month.

My testosterone is low, and my doctor wants to put me on Androgel, and I'm a little freaked out.

Me: How old are you?

Me: Are you taking any other drugs?

The Victim: Yes, I also take blood pressure meds, and a statin to reduce cholesterol.

Me: I can't give out medical advice, BUT, if I were in your shoes I'd definitely get a second opinion…to find out if you REALLY need all these drugs and therapies.

At this point, the conversation usually stops entirely.

Because a Low T man isn't motivated to do anything, let alone shop for another doctor, set another appointment, sit around in another waiting room…

And even if it did, doctor number two would probably come back with the EXACT same recommendations anyway!

I don't know about you, but to me, this all comes across like some sick science fiction movie.

If you're not seeing the same film I am, consider this…

Not Millions, but Billions!

In 2006, $16 Billion was spent on direct advertising to medical doctors, which amounts to 10,000 cool ones for every Medical Man operating in the United States.

And don't think this prescription madness doesn't come at a cost…

More than 100,000 people die every year from taking LEGALLY prescribed drugs from their very own DOCTORS!

These drugs actually kill more people than accidents OR diabetes do!

They blow HIV fatalities straight out of the water as well. 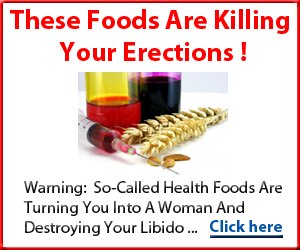 Here's another tasty tidbit for you…

Over the last 10 years, drug companies have spent a billion and a half dollars lobbying that congressman you voted into office.

This explains beautifully why the United States is one of the ONLY industrialized countries (along with New Zealand) that allows Big Pharm to market drugs directly to consumers.

In 2007, they spent a whopping $3.1 billion on television advertising to bring these drug ads straight into your Living Room!

Which brings us directly to our heavily marketed friend, Androgel…otherwise know as "Testicular Atrophy in a Bottle".

In 2007 alone, Solvay Pharmaceuticals banked a cool 400 million on this testosterone replacement gel.

If you live in the USA, it's almost impossible to miss those…"Got Low T?" commercials found all over your television set.

Watch one of these ads for 10 seconds, and you'll get the impression that this treatment will solve all of your physical, mental, spiritual and sexual problems, INSTANTLY.

"Does that price include the big boobed babe and the hot jacuzzi?"

The powers that be here in the US seem to be OK with this message, but the same can't be said about our friends up North.

As a matter of fact, the Canadians are downright ticked off about this entire situation.

Their beef was over newspaper ads and emails sent to doctors, and the wild claims the company made in these marketing materials.

The letter included accusations, such as…

The death punch came when the academics pointed out a study published in The New England Journal of Medicine.

A study that was SHUT DOWN ahead of schedule, when the testosterone treated group saw adverse cardiovascular events spike by a massive 21.7 percent!

That was more than 4 times higher than than the controls, who were taking a placebo.

So much for the higher quality of life, physical, spiritual, or otherwise! 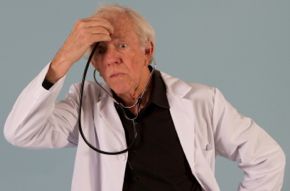 These big pharmaceutical companies and their "Puppet Doctors" are going to continue to play their games, and you my friend are the target!

The question you need to ask yourself today is…

Are You Going to Go Outside and Play?

Finally, I'm going to close this article out with a few drug statistics to really drive this message home.

FYI, these are all stats compiled here in the USA…

And would you like to know what these Statin drugs do to a man?