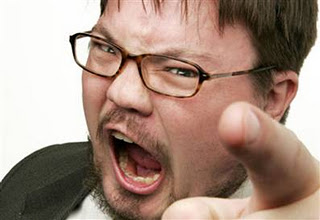 And this was proven recently when scientists tested the semen of jealous subjects, and found that they ejaculate sperm with serious motility issues…

In other words, they can’t swim, so when they get fired into a pile of sticky vaginal fluid they sink to the bottom and die.

More proof that your mindset controls your physiology. Thinking definitely does matter.

This study was titled……

Here’s a quote from the paper:

"We found that men who performed fewer mate guarding behaviors produced higher quality ejaculates, having a greater concentration of sperm, a higher percentage of motile sperm and sperm that swam faster and less erratically.

These effects were found independent of lifestyle factors or factors related to male quality.

Our findings suggest that male expenditure on mate guarding and on the ejaculate may represent alternative routes to paternity assurance in humans".

So there you have it.

Jealously is a fear based emotion, and it should never take the lead role in your relationship. Sure, you want to pull it out every once in a while, just not too much.

So say some fool grabs her ass in a bar, that would be a perfect time to let this emotion loose.

But in most cases, you’ve got better things to do, and your sperm agrees with me on this….up to a point.

The next time she’s getting attention from a male competitor, say at a party, go find an attractive female and start talking to her, and keep talking until your girl see’s you. 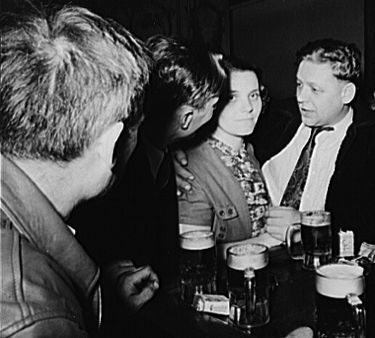 What you’re looking to do is, give her a little taste of jealousy herself…

Because after you both sip on this it’s almost certain you’ll wind up in the sack later, tearing it to pieces, because the perceived value of your partner goes way up in situations like this, because in your mind…

She’s wanted by another male.

So you now have sperm competition. And as soon as you begin to Think like this your testicles get busy and your sperm starts taking swimming lessons, because the next time they’re called to the pool they know that swimmers from another team may show up to compete. 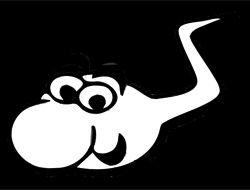 Now here’s the important point…unlike fear based jealously, this back and forth, playful type  jealousy is actually beneficial.

And this was proven in another paper published in the Journal of Comparative Psychology, titled... Psychological Adaptation to Human Sperm Competition..

Here’s a quote from Todd K. Shackelford, professor of psychology at Oakland University and a co-author of this second study…

"There's a huge amount of nonhuman literature showing that male animals, for example mice or rats, become very interested in having sex with their partner when they see their partner interacting with other males.

Modern humans evolved this way, and the psychological response still appears to be active in men today".

So here’s the take home…

If you want more potent semen and the hormones that always come along with it, throw the ball and chain into the dumpster and cut your girl loose….With Confidence.

Then compete for her.

And Never fear other men who want to get inside her pants, because scared men always wind up loosing…eventually.